Sydney-based investment company TDM Growth Partners has snared an equity stake in one of the world’s fastest-growing consumer brands, sustainable sneaker start-up Allbirds, which is edging towards an initial public offering.

Allbirds, which had its genesis in New Zealand six years ago and is based in San Francisco, raised $US100 million ($141 million) from investors including TDM, Franklin Templeton, T. Rowe Price, Baillie Gifford and Rockefeller Capital Management, taking capital raised to date to $US200 million and lifting its valuation to an estimated $US1.7 billion.

TDM invested about $25 million, at the lower end of its $25 million to $150 million range, and was the only Asia-Pacific region investor in the Series E round, thanks mainly to the investment company’s connections with Allbirds co-founder and co-chief executive Tim Brown.

“It was almost awkward to ask about investing in the business, because I didn’t want to spoil a growing friendship,” Mr Cowan said.

“On the flipside, you can show no better support for anyone by wanting to have skin in the game on their journey.” 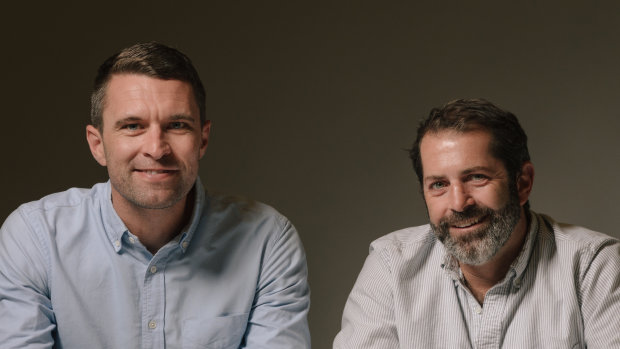 Allbirds sales have been growing between 50 and 100 per cent a year for the past few years and are now estimated to exceed $US300 million.

“These guys are knocking it out of the park,” said Mr Cowan. “It’s a very large business from a revenue point of view, growth rate and growth opportunity – it’s one of the fastest-growing consumer businesses we’ve ever seen.”

After initially launching online, Allbirds started opening bricks and mortar stores two years ago and now has a network of 21 flagships – 11 in the United States, two in London, two in Europe, four in China, one in Tokyo and one in Auckland.

Allbirds plans to use the new capital to open more flagships, push into new online territories, expand into new categories including athleisure, and invest in technology, logistics, warehousing and distribution.

Allbirds claims the carbon footprint of its average shoe is 7.6 kilograms of carbon dioxide equivalent – almost half the carbon emission of standard sneakers – and its goal is to drive emissions to zero.

“Business can be a force for positive change, and this additional capital will allow us to further our mission of bringing more sustainable products to people around the world,” said Allbirds co-CEO Joey Zwillinger.

Tim Brown initially came up with the idea for runners made from wool when he was playing soccer for the Newcastle Jets and Wellington Phoenix in New Zealand.

He started the business through a Kickstarter campaign – selling out of his first production run in days – before linking up with Mr Zwillinger, a San Francisco-based biotechnology engineer.

Allbirds shoes have now become the footwear of choice in Silicon Valley and among Hollywood celebrities, some of whom (including Leonardo di Caprio) were early investors in the business.

“We think that core focus on sustainable materials and innovation around those materials is really resonating and will continue to grow their very loyal customer base,” said Mr Cowan.

“I would say a business of this size would be looking towards the public markets in coming years,” he said. “We are very long-term investors so an IPO for us is not an exit. We are incredibly excited by the opportunity ahead.”